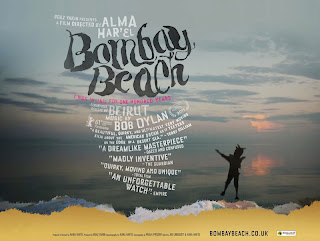 After an outstanding festival journey, a Tribeca World Documentary Award, and praise from Alec Baldwin, music video director Alma Har’el’s debut feature Bombay Beach finally reaches cinema screens across the country. The documentary tells the lyrical story of California’s forgotten residents, the of low-income citizens of Salton Sea. Music from Beirut’s Zach Condon intermingle with ethereal dance sequences and choreographed scenes scattered amongst real-life events. At once carefully composed and fly-on-the-wall, Har’el’s distinctive approach is that of a hybrid documentary, as she plays with the desert light to draw us in to the inner-workings of the locals’ dark pasts and family lives. The story tells itself, making plenty of room an artistic flair and injection of sound that elevate the film from a simple documentary to an artistic exploration. Given the colourful flourishes and strains of Beirut, it’s so engrossing you could watch Har’el film a toilet flush if it looked and sounded this pleasant.

Watch an exclusive clip from the film:


The film is also available to buy on DVD in the USA, here.