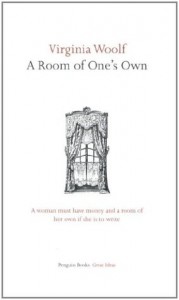 A Room of One’s Own is the oldest essay to feature in The Essayist Project to date, and the timeline doesn’t stretch back a great deal farther.

Like Adichie’s We Should All Be Feminists, this is another text based upon a speech, this time on lectures delivered at Newnham College and Girton College. In it, Woolf presents upon an a-ha moment which we’ve heard so many times now it sounds rote.

It’s not even a statement of its own, it’s buried in a run-on esntence! Along with a room of one’s own, she postulates that £500 would provides sufficient freedom to support oneself and one’s writing pursuits. That equates to £27,388 today (where, in the UK, the living wage is currently set at £15,500).

Not bad, right? That’s in the ball park of how much I make in a busy freelancing year – but it’s yet to afford me a room of my own, and it certainly doesn’t leave much time to write.

Economic niggles aside, Woolf’s argument was postulated at an interesting time in British history, merely 1 year after suffrage. Though we regard the suffrage movement as a watershed moment for women, the changes it precipitated are incomplete.

She talks even of being disallowed to visit a university library without a male chaperone; to which she wittily remarks, “That a famous library has been cursed by a woman is a matter of complete indifference to a famous library.” Quite.

A woman’s right to own property was still a recent memory (in the scheme of modern life, it still is) and Woolf wonders what could have been if generations of women had amassed wealth to inherit to their daughters throughout history. Truth bet old, between the vote and her inheritance, the latter seems more important to her. While she was independently wealthy, her empathy for those in more difficult situations is one that resonates today. It’s a rousingly feminist read, even now.

“Why did men drink wine and women water? Why was one sex so prosperous and the other so poor? What effect has poverty on fiction? What conditions are necessary for the creation of works of art? Why do men write so many books about women [and their inferiority]?

She also skirts upon some issues I discuss with my husband almost daily, of the self-confidence at the root of male superiority. Even he who has absolute power feels insecure, and angry at this insecurity. Her chosen exmple begins with a man reading Rebecca West (noted critic and feminist), and leads to his remark of,

The arrant feminist! She says that men are snobs!… it was not merely a cry of wounded vanity; it was a protest against some infringement of his power to believe in himself.

Having read yet another clumsy argument against “positive discrimination” today, I can say with confidence that such marked wounds to the vanity of men so wholly un-used to being quieted have yet to abate.

Between this moral superiority and money, Woolf spends a great deal of time extolling what makes money so important in the pursuit of art. Women were withheld education, were ridiculed when they did write… until the late 18th Century, when women began to make money from writing. She notes that, “Money dignifies what is frivolous if unpaid for.”

But there has still been work to do. Woolf compares a number of writers and their chosen forms, but more interestingly she point that they were always responding to criticism, even by virtue of existence. It’s here she returns to the point of having a room of one’s own – women’s writing was traditionally the novel because it can stand up to constant interruptions. She also notes that older forms of literature had been set, and only the novel was young enough “to be soft in these women writers’ hands.”

Many of her points regarding representation in books are also lasting issues today – particularly in Hollywood film. Doesn’t this still sound relevant?

Suppose, for instance, that men were only represented in literature as lovers of women, and were never the friends of men, soldiers, thinkers dreamers… how literature would suffer!

Her point here is that if we only used men’s measure of the world, it would be half. Women’s lives too easily disappear into daily ritual – in their “infinitely obscure lives.”

As a surprise to me, she also argues that books by men cannot be read or fully appreciated by women. to women, she claims, men’s words seem “crude and immature”, lack suggestive power, and cannot penetrate the mind. She makes an interesting distinction here between specific male authors and those she deems androgynous. The same is certainly true in the reverse, though she takes no paints to point it out.

To conclude, she posits that “Intellectual freedom depends on material things. Poetry depends on intellectual freedom. And women have always been poor[…]” While true, from where I sit today – as a feminist, with a partner and almost equal share of home labour – women are far from catching up in the wealth race, but equally (here, in my part of the world) a woman like me certainly has more freedom to earn and to write than she would have in 1920.

Saying that, the point that stuck with me most prominently was this: “Doubtless Elizabethen literature would have been very different from what it is if the women’s movement had begun in the 16th Century and not in the 19th.”

And wouldn’t the rest ever since? It would certainly be poorer without Virginia.

To support The Essayist Project, please consider purchasing A Room of One’s Own using these links: Amazon | Book Depository. 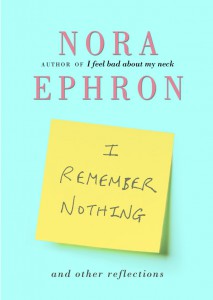