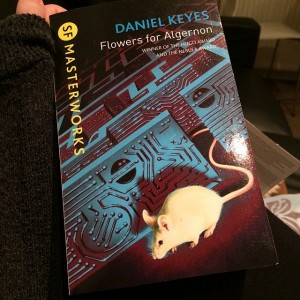 The holiday weekend has finally come around, and boy did I need one. Here’s what I’ve been reading over the past week.

Sign up here to get Reading Week as a free weekly newsletter.

Sadie Stein’s column on the Paris Review is the best. Here she is On Knowing Things and discussing Curious Punishments.

On Internet Slang, IMHO by Teddy Wayne in the New York Times. Not a great title, but a nice look at our truncated online speech & OMG soooo much hyperbole I can even.

Brain Pickings picks out Dorothy Parker in a rare reading, An ode to the unflinching comfort of the bed.

Two more great film posts this week: Tom Shone’s Guardian follow-up to Matt Zoller-Seitz’s piece on whether film critics should care about film technique. They should, and they ought to call Hollywood out on its bullshit, too.

This utterly fascinating piece on the female body in 3D. File under: unattainable standards of beauty and where to find them.

The future of Facebook is apps – mostly non-Facebook ones. Fine with me!

And Five Little-Known YouTube Features – pitched at marketers, but will be useful for some of my BookTube pals

Molly Young, from early 2013: How Did Susan Miller Become the Go-To Astrologer for the New York Fashion Set?

It’s still BEDA over on Tumblr.

Yesterday I finished reading Flowers for Algernon – and am rather undecided.

Currently reading: MFA vs NYC, The Man Who Could Walk Through Walls (short stories) by Marcel Aymé

Don’t forget you can sign up here to get Reading Week via email.

… I have been a lazy shite. But I’m BEDA-ing over on Tumblr.

Syreeta McFadden on teaching the camera to see her skin. Buzzfeed Ideas, led by Ayeesha Siddiqi is getting off to a great start.

New documentary, American Blogger, is blowing up – but not for the reasons the filmmaker probably expected. This perfectly demonstrates how showing what you saw isn’t journalism – tackling what you didn’t see is the missing piece of this guys’ puzzle.

A bunch of female filmmakers are joining forces for a new initiative for, well, women filmmakers.

Vlogbrother Hank covered Mass Incarceration in the US — sitting this with arts and culture as the animation is pretty great.

In the US, it seems like social media might be “saving” the independent bookshop… if you believe the “little guy” is going to die out completely because Amazon has a 30% market share. (Definitely tune into Book Riot’s next podcast to see what they have to say about this.)

Where are the real outsiders in new media? Or, why being a white dork who made it mainstream doesn’t make you diverse.

YouTube wants its creators to build ‘fanbases’ rather than audiences. Which does not mean what I think it means. As Steven put it, sooo 2008.

OnTumblr’s Emergent Optimisation. For me this was more interesting from a cultural than a design or development perspective.

Ann Friedman on Moving for Love. 2 years on, I barely give a thought to Evan’s and my long distance days.

Yep, it’s the Longform Podcast again. Check out Amanda Hess on this week’s episode. She’s the one who wrote that (first) article on James Deen. Random House non-fiction editor Andy Ward was a good listen, too.

The Hidden Brain: How Ocean Currents Explain Our Unconscious Social Biases via Brain Pickings. I’d like to read this book now.

Currently reading: The Power of Habit by Charles Duhigg (even though he was the most insufferable Longform guest I’ve heard yet)

Currently holding off watching: Game of Thrones Season 4, because meh.

Number of Burritos eaten this week: 1. Must try harder.

What were your best reads of the week? Drop them below or tweet me. 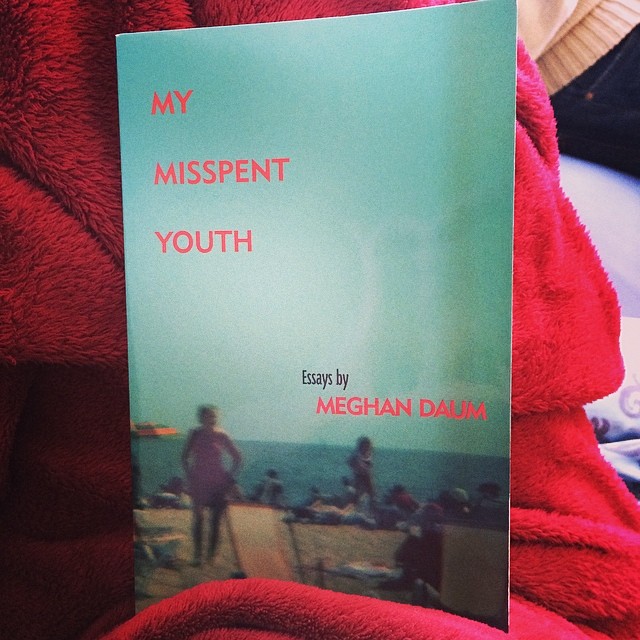 The above is a recent read – My Misspent Youth by Megan Daum. Recommended.

If you’d like to receive this by email, please sign up here and I’ll begin emailing this out once 25 or so people have subscribed.

“I see a lot of writing that describes what a piece of art is about, not so much about how it is about it.”
— Matt Zoller Seitz. Please, critics, write about the filmmaking.

The Dollar-And-Cents Case Against Hollywood’s Exclusion of Women. In which the new FiveThirtyEight is already giving me warm and fuzzy feelings.

I enjoyed these Time Out comment reviews of Under the Skin more than most of the professional ones I’ve read.

Gavia Baker-Whitelaw points out the inherent sexism in, like, every Captain America review ever.

Jeopardy champ & author Tom Nissley may have bombed in his Tournament of the Decades which aired this week, but then he went and bought a bookshop!

What You Think You Know About The Web is Wrong. In which attention beats clicks. (Well, no shit.)

I blogged about measuring the success of your social media efforts — yanno, if you’re interested.

“[We don’t need] one more guy with a Jew-fro writing about Bruce Springsteen — I mean, it’s a crime! It must stop! David Remnick wrote a profile about Bruce Springsteen, he assigned that to himself. How dare he! That should not have happened. I mean, I didn’t read it, but I’m sure it was a terrible piece of writing.”
Elizabeth Wurtzel on the Longform Podcast made me lol at work. She is also pretty insufferable.

The Current debated Lena Dunham as a feminist icon back in January. Features Roxane Gay and Kate Carraway, among others.

Speaking of Roxane Gay, she wrote a great (& true) piece in defence of unlikeable female characters: Not Here to Make Friends

Megan Daum points out that you can’t put a trigger warning on life. Kinda disappointed that my alma mater is in on this. (I should state that I’m not anti-trigger warning, just that one can’t expect to be coddled from everything one finds upsetting or repulsive.)

How Not to Quit — Sarah Nicole Prinkett owes you (well, her readers) her career.

Turns out Glasgow thinks it’s a good idea to blow up some people’s former homes as an Opening Ceremony spectacle. Not cool, Glasgow 2014.

This made me want a tiny tattoo.

What were your best reads of the week? Hit me up with your links on Twitter!