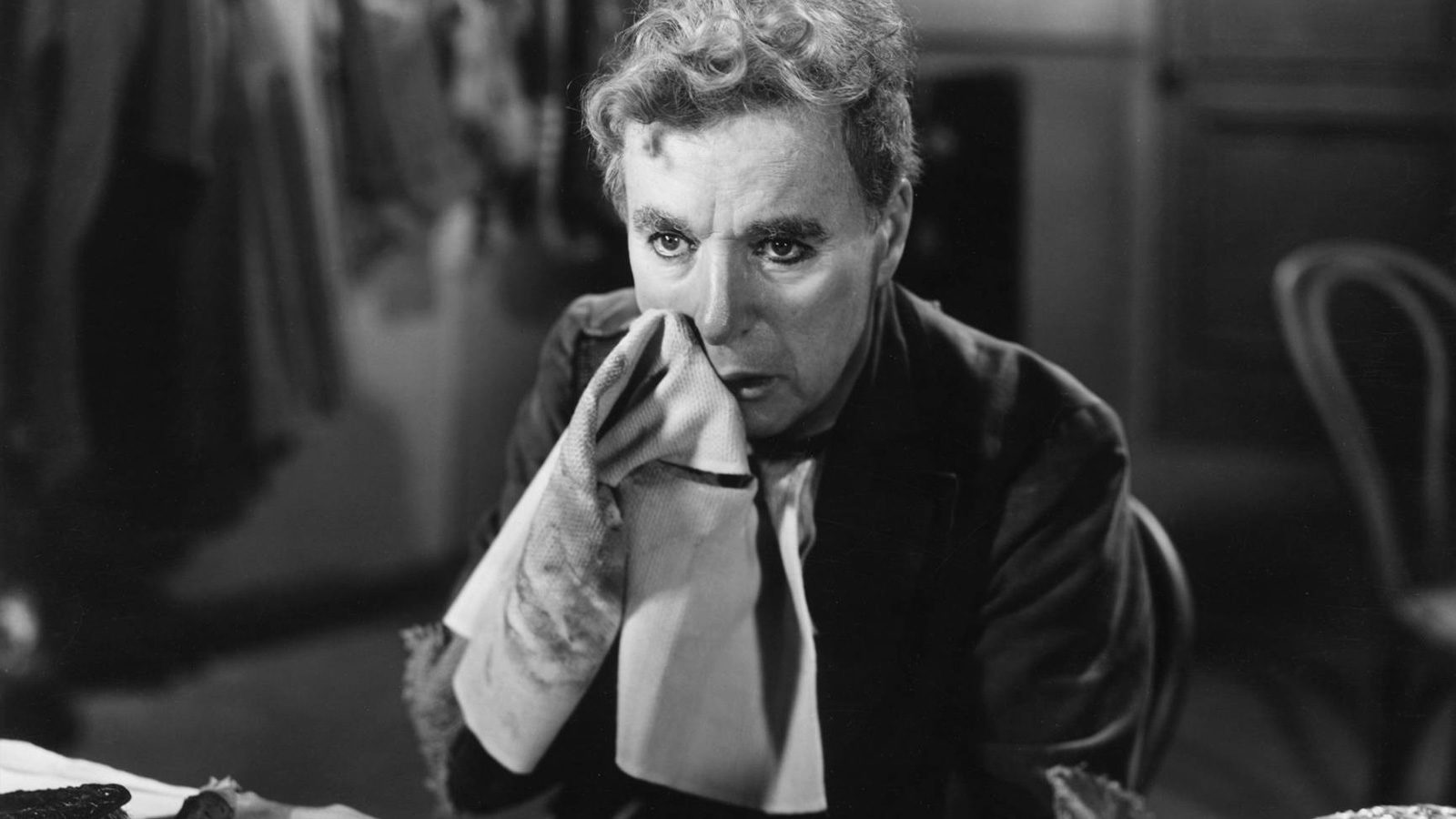 The Excuse:
All I had ever heard about Limelight was that it is the only film that stars both Charlie Chaplin and Buster Keaton. Although that (obviously) piqued my interest, the main issue that confronted me was availability. The DVD is expensive, and it toiled away at the top of my LoveFilm list, despite the “Short Wait” stamp, for over 3 months. Quelle dommage!

The Review:
Limelight stars Chaplin as Calvero, a comedian whose variety theatre performances fell from glory some years ago. Having now reached the point where he clears seats rather than filling them, alcoholism begins to take over his life. Upon returning home one day, he smells gas coming from downstairs, and saves his neighbour, a young girl named Terry (Claire Bloom), from her suicidal fate. The landlady is less than impressed, evicting the young girl before she has arisen from her toxic stupour. Calvero allows her to convalesce in his home, and takes it upon himself to nurse her from her depression. She sets to work to her dreams of becoming a famous ballet dancer, and helps Calvero return to stage, though drink often gets the better of him.

Since I had never paid attention to the date, unexpectedly seeing Chaplin speak for the first time was a bit like hearing a cat bark. Limelight speaks volumes about the place in life where Chaplin found himself at the time. His timeless wisdom and mature wit juxtaposed with alcohol troubles expresses an air of complexity only hinted at in his previous features. Getting on in years, his thoughts on life and mortality are not surprising, and by bringing Terry back to life, Calvero seeks to earn one last victory before his time runs out.

The relationship between Terry and Calvero is touching and congenial without straying into preconceived roles. We identify with Terry’s naiveté and understand the motivation behind Calvero’s actions. Their connection is universal.

Calvero’s passion for music also hints at Chaplin’s own transition from film (this was his penultimate feature) to music. Indeed, he won an Oscar for Best Score for Limelight, and went on to score many of his previous features. While some of the stage pieces are entertaining, particularly the final stage scene with Chaplin and Keaton, many are indulgent and over-long to the point that you’re no longer sure if you’re watching what is actually happening or is taking place outside of the storyworld.

The Verdict:
Longevity of form aside, Limelight is absorbing and theatrical without succumbing to the 50s tendency towards melodrama. With charming characters and plenty of funny moments, it’s a great story. It was lovely to see Chaplin in high quality. I also loved seeing Buster Keaton as a crotchety old man, “If one more person says it’s just like old times…!” Predictably enough, I really, really enjoyed it.

Favourite Quote:
“There’s something about working the streets I like. It’s the tramp in me, I suppose.”

Charlie and Buster, together at last. The leg gag had me in stitches.