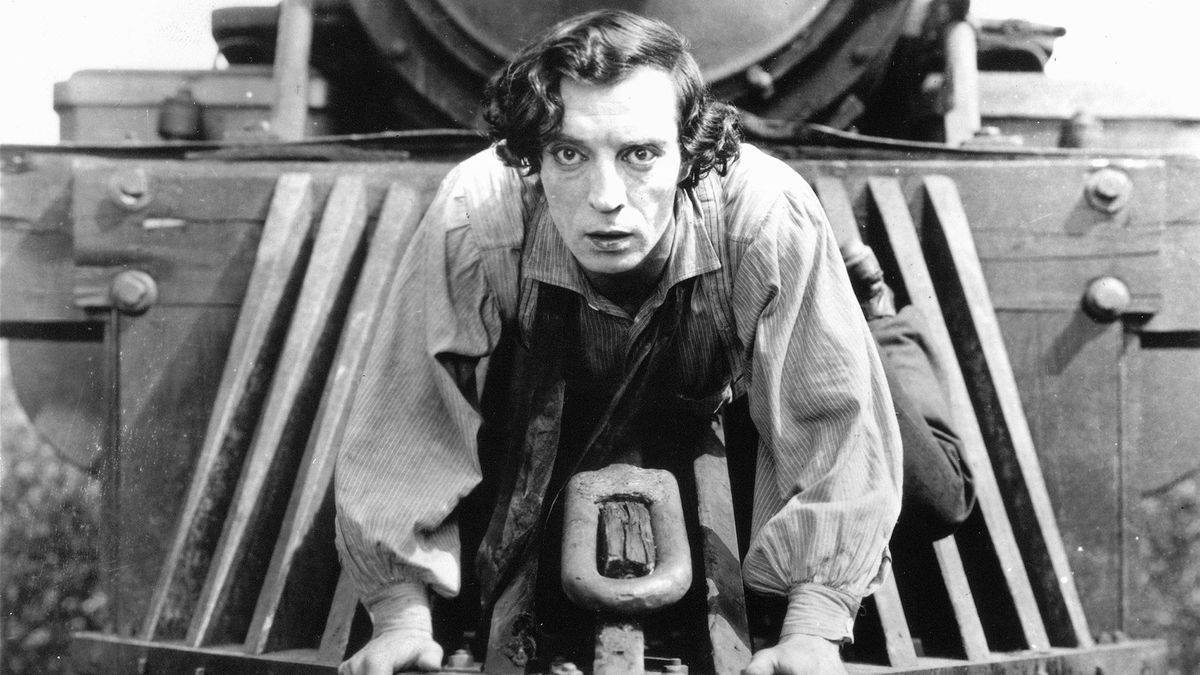 The Excuse:
Well, I took a silent comedies class during my first quarter at UCSB. I loved it to bits, and watched quite a few Buster Keaton films as part of the course. Since then, I’ve revisited Keaton’s shorts, but none of his features. Since we just got Netflix streaming set up on the X-Box, and I posted about Buster and Charlie Chaplin earlier this week, they were first on my must-watch list.

The Review:
The version I watched was fully restored with music from The Alloy Orchestra circa 2003. I am by no means an expert on film music, but this score definitely added to my enjoyment of the story. Set in the South during the Civil War, Buster Keaton plays Johnnie Gray, a railroad mechanic. His two loves are a girl, Annabel Lee, and his engine, The General. Annabel Lee falls out of love with Johnnie when the army refuses to enlist him. On her way to visit her wounded father, she finds herself aboard his train. During a dinner stop, the train is stolen and – unbeknownst to Johnnie – Annabel is captured by enemy soldiers. Naturally, an endless chase ensues, full of boobie-traps, foolish acts, trickery, and quantum mechanics.

Fittingly, The Alloy Orchestra provides a score that chugs, screeches, and trembles along with the action in classic Mickey-Mouse style. Less kitschy than it sounds, it lends a certain element of rhythm and excitement.
As with all Keaton films, the mechanical tricks and physical comedy are impeccable. The battle scene is just as grandiose and impressive as one can imagine it was on its first screening. Who needs CGI when you have a train firing across a burning bridge and a river bursting its banks?

The Verdict: A classic, no doubt. Since I was first introduced to Keaton through his shorts, I’m spoiled and have a tendency to pout when the emphasis is on story over physical comedy. However, on the railroad, Keaton is in his element. I’m willing to retract my lower lip and say that  this is one of Keaton’s most exciting adventures.

Further Viewing for Experts:
Oh, I don’t know. How about the entire movie?!