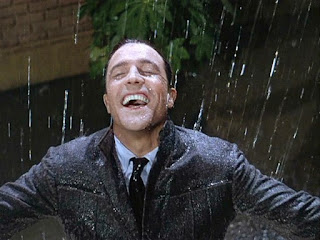 As a wise woman named Jeanine Basinger once said, “You give your heart to Fred Astaire but you save your body for Gene Kelly.” And save itself Glasgow Film Festival did, right up until this year: the centenary of Mr Kelly’s birth. The MGM man with the superstar gene will be honoured as the subject of the festival’s 2012 retrospective.

One of the greatest all-round talents of his time, he tap danced his way across tinseltown in roller skates, sang in the rain, and left his American heart in Paris. “Gene Kelly led a one-man revolution in Hollywood that changed the screen musical forever,” explains Glasgow Film Festival co-director, Allan Hunter. “He really pushed the boundaries of what was possible and created a uniquely American art form that dazzled the world.

“His work has withstood the toughest test of all – the test of time. The films in the retrospective are as joyous and captivating now as the day they were first shown. Audiences are in for a treat with a rare chance to see them in all their glory on a big screen.”

Nominated for the Best Actor gong at the 1945 Academy Awards for Anchors Aweigh (20 Feb), Kelly won a special Oscar in 1951 for An American in Paris (19 Feb) recognising his ‘brilliant achievements in the art of choreography on film.’ The Glasgow retrospective includes both titles, along with On the Town (23 Feb).

Scots favourite Brigadoon will be screened on 24 Feb, followed on 25 Feb where you can see it again at St Andrews in the Square along with a very special event: the Gene Kelly Ceilidh. Don’t miss your chance to celebrate a couple of his worthy co-stars, Debbie Reynolds and Donald O’Connor, in the pièce de résistance of this year’s retrospective: a special 60th anniversary screening of Kelly’s immortal classic, Singin’ in the Rain (18 Feb, 1.30pm). Come on with the films, I’ve a smile on my face…