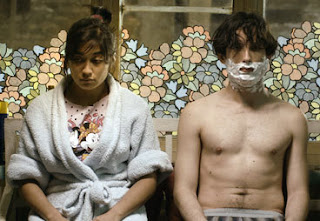 Chilean directing talent Cristián Jiménez brings his second feature to Glasgow Film Festival this week. One for the bookish, Bonsái’s protagonist is more of a leader-on than a leading man. Julio, using his cultural smarts (namely, the dubious claim of having read Marcel Proust) to woo his student girlfriend Emilia. Years later, under the guise of transcribing his local hero’s novel, he uses their relationship as inspiration to write, be it under an elaborate rouse.

Despite channeling a mumblecore vibe, charm-free, statuesque young actors may speak of unmeasured still waters. Not knowing how deep they run will only get you so far, and Julio’s mumbling and bumbling is curious but not much more, and quickly wears as the film’s non-linear narrative shuffles through time like the worn pages of a well-thumbed paperback. But if you’re looking for a touch of solipsism without picking up Proust, Bonsái is a good start.