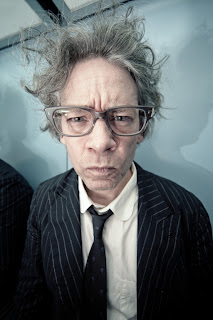 Lock, Stock and Two Smoking Barrels star Dexter Fletcher made his way to Glasgow FIlm Festival for the first time last month to screen Wild Bill. This impressive directorial debut is everything but the kitchen sink, a tale of life on the breadline that’s imbued with a western edge.

Honing in on a low-income family in East London, the film begins as “Wild” Bill (Charlie Creed-Miles) is released from prison and returns home to find his estranged 15- and 11-year-old sons have been abandoned by their mother. Sound like Ken Loach territory so far? Think again. “I didn’t want the film to start feeling like it was brow-beating anyone,” says Fletcher by phone ahead of his film’s Scottish debut at the Glasgow Film Festival. “There are social issues in the film and I do my best to deal with them, but at the same time I’m trying to leave it open so as to observe it rather than making a big laboured point about it. There’s a realism about that – it’s not so much about the massive emotional effects [of poverty], it’s about how people in life invariably get on with it.”

As well as taking an alternative view on social issues, the western elements of Wild Bill take the film further from the doldrums of the kitchen sink and into more cinematic territory. “I looked at a lot of westerns in terms of how I wanted to frame [the film],” says Fletcher. “Even though I’m telling a small, contained story set in a council estate, I wanted to give the film scope, and these westerns felt like a good place to look. It always spoke to me, it kept that sense of drama, giving drama to something that otherwise could’ve felt quite small and kitchen sink-y. It was about paying homage to those films that I love and, at the same time, retaining this sense of scope of the big city out there.”

It’s a technique that raises the bar for gritty local films bringing universal issues into the mix and, as Fletcher says, “you could make this film anywhere.” The film is dedicated to his father, and it’s easy to see why. “My issues are tied up in that film – my dad and mum were together for 50 years, and we all lived very nicely in a nice house in the suburbs of London, but I still have issues with my dad. I still felt that I couldn’t do enough to please him and a lot of the issues [in the film] are about me trying to communicate with my father.”

The father/son relationship is another factor that distances the film from its presumed genre. “I want people to know that it’s a festival film, that it’s not about horrible gangsters dealing drugs and beating each other up! To me, it’s more than that. I needed to make something that I felt had humour and heart and hope in it. The festival circuit is a great place to show that.”

Wild Bill is released in UK cinemas on Friday 23 March. Read my review.