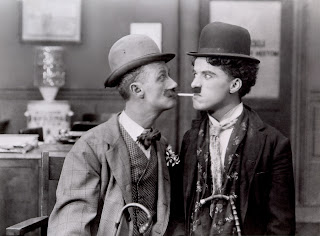 As I may have mentioned a few times previous, I’m a huge fan of silent comedies, particularly those of Charlie Chaplin and Buster Keaton.

So when Park Circus sent word that they’re releasing a DVD box set of Chaplin’s features, I held my breath. And held it. And held it. Until I realised that I might not last until Tuesday 14 November, which is when this box of goodies hits the shelves. 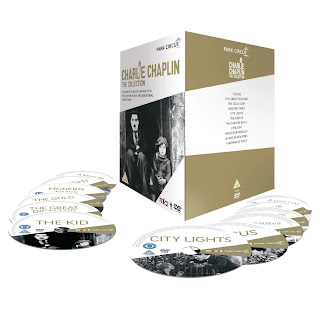 After Park Circus launched their Chaplin collection of DVDs and BluRays, I vowed to collect them all. Now that they’re available in this jaunty little package I can’t wait to get my hands on them. While most are available individually, A King in New York, Monsieur Verdoux and A Woman of Paris are new to the collection. So who wants to buy them for my Christmas?

While we’re on the subject, I wanted to share with you a few of my favourite Tumblrs devoted to silent comedy stars. This begins, of course, with the ubiquitous Tumblr set up: Fuck Yeah Chaplin and Fuck Yeah Buster Keaton. I also love Chaplin in Pictures, Chaplin of the Ages and, more generally, Old Hollywood. Enjoy!

Which filmmaker would you most like to see immortalised in a big fat DVD collection?