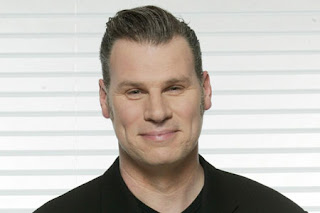 Once there was a modest film blog, and it began with a review of an in-person event: Mark Kermode’s It’s Only a Movie book tour.

Well, we’ve come full circle, and much sooner than I had expected.

This weekend, I popped through to Edinburgh to take in the festivals and visit the bequiffed film critic on the first stop of his latest book tour. A follow-up to It’s Only A Movie: Reel Life Adventures of a Film Obsessive; The Good, The Bad and The Multiplex examines blockbuster culture. Poking holes in the film distribution model, key rants include the existence of Michael Bay and why Pearl Harbour is one of the highest-grossing, worst films of all time. Kermode also discusses the reasons why Inception negates every excuse for the persistent dumbing down in blockbusters, and the notion of “diminished expectations”.

Bonus features from the interview in Edinburgh also included a eulogy on the lost craft of projection – which gleefully coincided with a love-letter to Zac Efron (particularly his hair).

If you saw him on his last tour and listen to the Wittertainment radio show or podcast, there’s not much new material here, but if you enjoy Kermode’s trademark diatribes and eloquent written pontification, his presentation is always a joy.

An excerpt from the book was published in this week’s Observer, and is available to read on the Guardian website. The book itself is released this Thursday 1 September.

Mark Kermode’s The Good, The Bad and the Multiplex book tour continues in Shetland, Belfast, and various cities cross England throughout September. Click here for the full schedule.