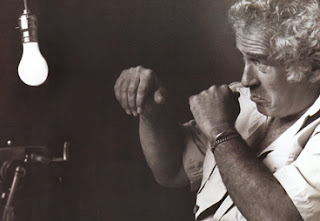 Double Pulitzer-winning writer, newspaperman, political candidate, film director, father of 9, author of over 30 books, and 6-time husband Norman Mailer is the subject of biographical documentary The American. His story is told through interviews with Mailer’s family, wives, and the man himself.

Dynamically spun together with stock images, personal photos, and striking footage, director Joseph Mantegna does not shy away from Mailer’s well-documented faults and violent streaks – including the stabbing of his second wife at a party. Though the sex-loving, crass-talking author is often referred to as troubled, but this is never suggested as an excuse for his erratic behaviour. Delving further into his character than most biographical films, it goes as far as to explore the darker side of his sexuality. Visually striking and absolutely absorbing, Norman Mailer: The American is one of Glasgow Film Festival’s must-see documentaries.