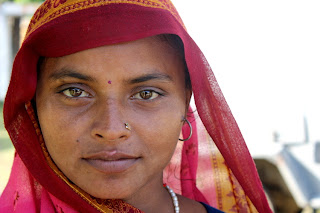 Originally from a low caste herself, her partner (in life and in the movement) Babuji is a well-educated man from a higher caste, yet she is the proverbial man-of-the-house. She bestows upon herself an amount of power unheard of in Indian cultures. Her inherent control over every situation is mirrored in Longinotto’s style, an observing camera taking in key angles, portraying what feels like an unedited, truthful version of events. Unfazed, the documentary’s subjects seem comfortable on screen, simply “being”, without performance or pretence, until Sampat’s domestic cases become increasingly distressing and intense.