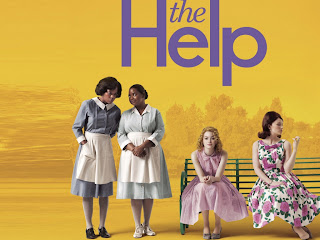 After a long summer of blockbusters and lacklustre rom-coms, one can’t help but crave the hearty Southern-style sustenance offered by The Help. Set in Jim Crow’s Mississippi, actor-director Tate Taylor’s adaptation of Kathryn Stockett’s best-selling novel takes on the trials and tribulations of the help: granddaughters of black house slaves, part of the tradition of home-keepers and child-rearers for the affluent whites.

When white-girl Skeeter (Emma Stone) returns from Ol’ Miss and lands a job as the Jackson Journal’s “domestic maintenance” columnist, she enlists a friend’s maid Aibileen (a quietly powerful Viola Davis) for help. Rocked by old pal Hilly’s (Bryce Dallas Howard) treatment of her maid Minny (Octavia Spencer), Skeeter decides to interview the maids to tell their side of the story, embarking on an illicit bid to publish their tales.

Emma Stone shines as an ambitious 23 year-old smothered by old-world expectations, keeping worldly wisdom under the wraps of a youthful façade. In direct opposition, Bryce Dallas Howard resurrects a little matriarchal magic, but the true mammy is Minny, who encapsulates the frustration of disaffected labourers of the time.

Mississippi’s maids gain honour and respect in this war of wills, and though no literal war is won, The Help is an ideological heart-warmer.

The Help is released in UK cinemas on Wednesday 26 October. Buy the book here.

You can hear me and Paul Gallagher review The Help and The Adventures of Tintin: The Secret of the Unicorn on BBC Movie Café on Thursday 27 October.