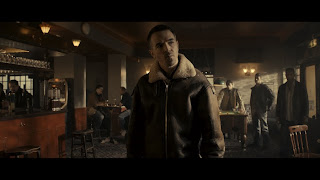 Treading the line between gritty social realism and slick gangster action, Wild Bill brings drugs, guns and family drama to Stratford, London. This directorial debut from actor Dexter Fletcher follows ‘Wild’ Bill Hayward (Charlie Creed-Miles) upon his return to the East End after eight-years in prison. Arriving at his former home, he finds his wife has eloped abroad, leaving his two young sons, Jimmy and Dean, 15 and 11 years old, to fend for themselves.

What follows is smarter than your average working-class family drama as the contentious relationship between father and sons escalates – lashed together as they are in a case of social work intervention. Bill must play dad while Dean attempts to rebuild his life and Jimmy diverges onto the trail his father formerly blazed. Muted, oaky tones and crisp shadows give cinematic depth to a realistic yet classically dramatic storyline. Fletcher successfully weaves a tale of redemption without traversing into schmaltz – a Hollywood home for low-income family drama.

Wild Bill is released in UK cinemas on Friday 23 March. Read my interview with Dexter Fletcher.