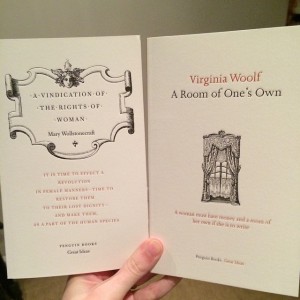 As you’ll know if you follow my reading patterns on Goodreads or my monthly capsule reviews (or if you subscribe to Reading Week, for that matter), I’ve been reading an awful lot of essays lately.

After scouring the Essays section at the bookshop on Friday, I was struck with the urge to binge read some female essayists.

The majority of the essay collections I’ve read by women have been by comedians – your Bossypants and your Is Everyone Hanging Out Without Me?s.

While they serve as a nice diversion, I’m looking for texts that could be more comfortably described as texts. Essays that get into issues, maybe even define an era, and will inspire me to write more longform pieces myself.

Last year I binged on Nora Ephron. This year I read and got a lot out of Joan Didion’s Slouching Towards Bethlehem (it’s as good as everyone says), Rebecca Solnit’s Men Explain Things to Me (which shouldn’t be out of print), and Marina Keegan’s The Opposite of Loneliness. I’m currently reading Roxane Gay’s Bad Feminist.

But the number of titles I’ev read is scant compared with novels or even male essayists.

While I’ve made a good start on 2014, I’m in a real hurry to get around to Sontag, to more Didion, to Nellie Bly’s complete works (77p on Kindle!) and to The Empathy Exams – to name but a few.

So I’ve decided to make a project of it. I’m beginning with a few rules – expectations – for myself.

As it turns out, I’ve plenty of books on my shelves to get started with.

Here are some titles to expect:

… all feature. They’ll get a chance once I get some cash.

I asked for some suggestions on Twitter, where suggestions from Janet Malcolm to Rosa Luxemburg filled my feed.

Stay tuned for the first post later this month…