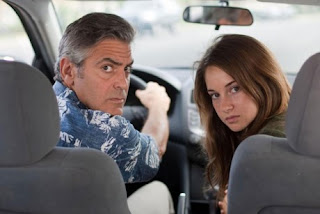 The Oscar Nominations were announced on Monday, among them Alexander Payne’s Golden Globe-winner The Descendants. I’ll be reviewing The Descendants on air, followed by a discussion of the Academy Award nominees on the BBC Movie Café alongside Janice Forsyth and – as is now our regular custom – Mr Paul Gallagher.

You can listen live from 1.15pm on BBC Radio Scotland or online. If you miss it, it’ll be free to stream later in the day.

BBC Movie Café is now also available to download as a podcast, so no excuses!