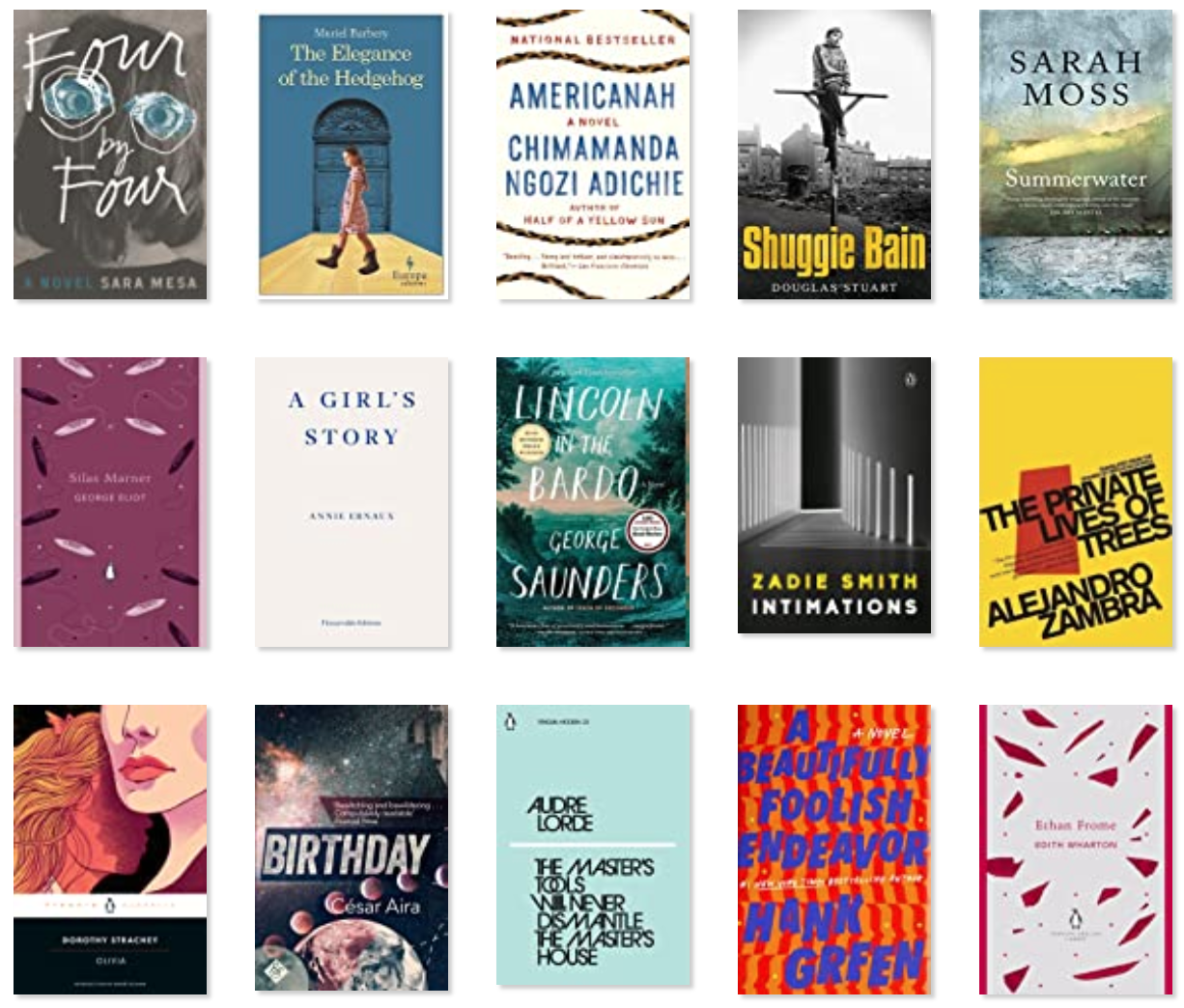 6. A Ghost in the Throat by Doireann Ní Ghríofa
7. Washington Black by Esi Edugen

8. The Eighth Life by Nino Haratischvili
9. The Door by Magda Szabo
10. The Lying Life of Adults by Elena Ferrante

11. White Ivy by Susie Yang
12. A Start In Life by Anita Brookner
13. Simple Passion by Annie Ernaux
14. Ms Ice Sandwich by Mieko Kawakami
15. Drive Your Plow Over the Bones of the Dead by Olga Tokarczuk (re-read)

16. I Remain in Darkness by Annie Ernaux
17. Farewell, Ghosts by Nadia Terranova
18. The Undocumented Americans by Karla Cornejo Villavicencio

19. Maybe In Another Life by Taylor Jenkins Reid

20. There’s No Such Thing As An Easy Job by Kikuko Tsumura
21. Today Will Be Different by Maria Semple
22. Like Mother by Jenny Diski
23. Crying in H Mart by Michelle Zauner
24. Mermaid of Black Conch by Monique Roffey
25. Migratory Birds by Mariana Oliver
26. Minor Feelings by Cathy Park Hong
27. Intimacies by Katie Kitamura

35. Ways to Disappear by Idra Novey
36. A Life’s Work by Rachel Cusk
37. Beautiful World, Where Are You by Sally Rooney
38. Exposure by Olivia Sudjic

39. This Happy by Niamh Campbell
40. The Other Americans by Leila Lalami
41. The Disconnect by Roisin Kiberd
42. The Hard Crowd by Rachel Kushner
43. The Lime Tree by César Aira
44. Parable of the Talents by Ocavia Butler

45. The Life of the Mind by Christine Smallwood
46. Small Bodies of Water by Nina Mingya Powles
47. What Are You Going Through? by Sigrid Nunes

48. Wintering by
49. Her Body & Other Parties by
50. All My Puny Sorrows by
51. How To Slowly Kill Yourself & Others In America by Kiese Laymon
52. The Fell by Sarah Moss
53. Space Invaders by Nona Fernandez
54. Ill Feelings by Alice Hattrick