I only finished a few books this month, but am half-way through a couple more. Here are my capsule reviews. 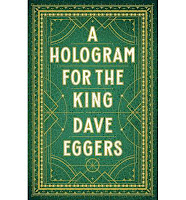 #17. A Hologram for the King by Dave Eggers
★★★★★ – For a novel in which nothing really happens, I rather enjoyed this one. Alan is a washed up businessman who, with his former successes behind him, ships out to Saudi Arabia in order to present hologram technology to the Sheik. A long wait leads to physical anxieties, an unlikely friendship with a local driver, and a lot of drunken evenings in a solitary hotel room. A great read. 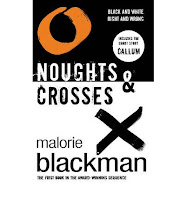 #18. Noughts and Crosses by Malorie Blackman
★★★★★ – The main question this book asks is, “What if black and white were reversed?” It’s a simple allegory based around the Civil Rights Movement with a touch of the Northern Irish “troubles” – a valuable read for teens to introduce them to the concepts of race equality and empathy, but not one for me. 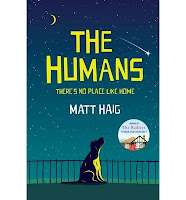 #19. The Humans by Matt Haig
★★★★★ – An alien comes to Earth and learns to live like a human. As a concept, it sounds trite. In execution, it was a hugely entertaining and uplifting read. As tongue in cheek as Hitchhiker’s Guide and inspiring to boot.

What did your read this April?