#42. Lean In by Sheryl Sandberg
★★★★★  – I like this book less the more I think about it. It’s well written and argued, and will inevitably be read by mostly women even though men need it just as much. Sandberg identifies a huge number of problems, cultural and societal inconsistencies, and expectations for women – and men. The problem for me is that, while interesting and relevant subject matter, it’s very much couched in terms of the type of high power, ultra corporate lifestyle that 90% of women neither have nor necessarily aspire to. There are examples of women making a difference in other ways, and a lot about expectations about mothers (which again wasn’t particularly my speed), but ultimately it came back to corporate, office-based leadership. I’d love to see someone take these leanings and apply them to something more universal. 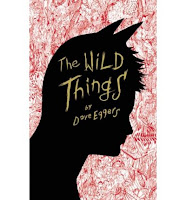 43. The Wild Things by Dave Eggers
★★★★★ – I was pretty disappointed by this one, sadly. It began with promise; a rambunctious kid with emotional issues, sense of adventure and fun. Where it went from there was dark and violent but without the emotional depth to make it stand up on its own. A couple of the plot movements seemed forced and really quite vague, even for a kids book, and it just felt like a series of scenes in which nothing changes. Give this one a miss.

#44. The Crash of Hennington by Patrick Ness
★★★★★ – A debut novel, and Ness’ only adult novel before The Crane Wife. I had this signed at the book festival and he commented that, being his first novel, there are things he wouldn’t do now, but that he thinks it holds up. I have to agree with that. I enjoyed the rawness of his style, the dirtier elements like sex and drugs, and the setting that was very North American yet utterly invented. It’s about a town called Hennington in which there lives a roving crash of rhinoceros, a town crazy, a Mayor, a jilted lover, a man of God, a businessman-pimp, some of his workers, and so on. Each chapter shifts to a different character’s point of view – and a few too many at that – inspiring some nice cross-cutting as events escalate. An entertaining read with Ness’ signature dialogue and some snippy satire. 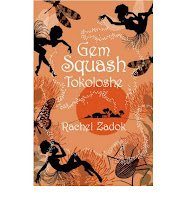 #45. Gem Squash Tokoloshe by Rachel Zadok
★★★★★ – This was a messy one. A nice premise but poorly executed. The prose actually got worse as the book went along. Some real cheesy lines in here. I wouldn’t have reached for this, never mind finished it, if it wasn’t a book club pick. 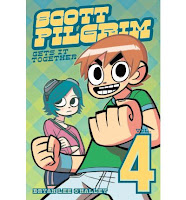 #46. Scott Pilgrim Gets it Together (Scott Piglrim #4)
★★★★★ – This was my favourite in the series so far. It’s just so vibrant: great illustrations, funny dialogue, fun characters. What more do you want from a graphic novel series? 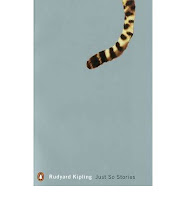 #47. Just So Stories by Rudyard Kipling
★★★★★ – I must admit I struggled with these somewhat. They’re great stories as part of the oral tradition, but reading them alone on the subway didn’t really capture that mood. I did love The Cat That Walked By Himself, though. It’s worth the price of admission alone. 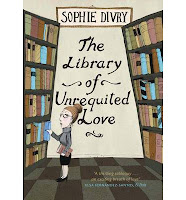 48. The Library of Unrequited Love by Sophie Divry
★★★★★ – This is an impressive read. A 90-page, virtually stream of consciousness monologue tackling the complexities of the Dewey Decimal System, French history, patriarchy, and loneliness. Full review here. 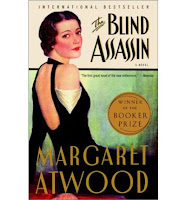 49. The Blind Assassin by Margaret Atwood
★★★★★ – Simply put, this is one of those novels that sticks with you. A stellar narrator equalled by an engaging story, razor-sharp prose, and plenty of mystery with a few genre-mashing threads thrown in for good measure. Read it.

50. Burial Rites by Hannah Kent
★★★★★ – An accomplished first novel. Set in Iceland and based on true events, the author is perhaps a little bit too careful in presenting this alternate view of a murderer, but acquits herself well. This features some interesting narration techniques along with great suspense and drama and characters that dragged me in. Well worth a read. 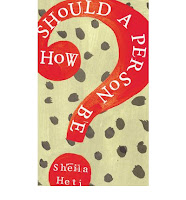 #51. How Should a Person Be? by Sheila Heti
★★★★★ – I both liked and hated this and there is most definitely something psychosomatic going on with that. One minute relatable, boring the next, I’m still not sure what I got out of this. So probably not much. Give this one a miss.