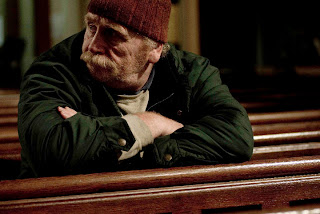 Befitting its Scottish setting, public screenings begin next week at the Filmhouse Cinema from Monday 1 to Thursday 4 November. Sigma films announced earlier this week that Donkeys will also screen for one week at Glasgow Cineworld from Friday 29 October to Thursday 4 November. All of this is possible thanks to the Digital Screen Network initiative set up by the former UK Film Council to give smaller films a chance to spotlight amongst the Hollywood bigwigs.

Donkeys is also rounding up film and media students, with rumblings on their Facebook page about a ‘Donkey Work’ Competition. So far all we know is that winners will spend a day on set with Citadel – Sigma’s new film – from November 21. Check out the Donkeys Facebook page for updates.

I hope if you’re in Edinburgh or Glasgow you’ll get a chance to see it! I’ll be catching it at the Cineworld and will report back with a review.