A documentary in which recovering heroin addict and film director, Garry Fraser, takes us to the heart of the poor marginalised community he grew up in. Garry faces up to the damage done by his life of crime and drugs as he works to ensure his three children have something he never had; a loving, supportive family.

The film had its Scottish premiere at Glasgow Film Festival earlier this month.

Fraser opens the film with a musical flourish, a rap track about his personal journey and the harrowing conditions under which he grew up. His story kicks off with an introduction to Muirhouse, an estate in the North of Edinburgh which was once the HIV-AIDS capital of the UK and which, it seems – like many a problematic residential estate – has been largely ignored and underfunded by the Edinburgh City Council. Some statistics are thrown in for good measure here, demonstrating the dearth of the drug problem that led to HIV-AIDS epidemic in the area; however no real sense of Muirhouse’s current place in the city or country is achieved.

This is a theme that continues throughout the film: a place, a time, a bit of backstory, but no real insight into the wider context in which the filmmaker’s life sits. Fraser has chosen his set pieces well, building up a picture of life in an abusive household, moved from home to home, falling into a life of drugs and dealing, then finally making his way out with the love of a new family and a passion for filmmaking. However, it does not reach far beyond the life experience of one man and his triumph over his demons.

One of the tenets of criticism is not to criticise a film (text, artwork, etc) for something that it does not try to do. This rule  makes a documentary like Everybody’s Child difficult to discuss – and the problem is in its presentation. Fraser is very much at the centre of the film, and of his world. The trouble is that film itself hints at being an issue-based documentary. In fact it is more of a personal work or memoir which addresses, but does not fully explore, a few key issues along the way. As a personal film, it is a Theroux-esque examination of personal struggles, and its content is at turns disturbing, compelling, and sad.  As an issue-based doc, it falls short of poignancy. For example, Fraser condemns the methadone programme, but does not suggest an alternative practice. He later extolls his terrible experiences within the foster care system, but does not further examine its motivations or, again, any specific issues that ought to be raised for policy changes to take place. While one is compelled by Fraser’s personal story, there is not a great sense of how his personal successes (many of them works in progress) can become a hand up for others.

As the ended, I couldn’t help but think that its conclusions come far too soon. That the process cannot be fully appreciated when taking place, as the film does, primarily in the present tense. What else can a documentarian like Fraser bring to the table after his personal journey is spent? My hope is that, with this personal journey passed, he will be able to move on and turn his passion and ideas into issue-based activist films – ones that truly shed light on social ills and teach us how to improve the lives of people like that young Garry Fraser.

“The film is about secrets. Who keeps them, who tries to expose them,” said Alex Gibney ahead of the UK premiere of the hotly anticipated We Steal Secrets: The Story of Wikileaks.

“Also, unexpected secrets. How individuals have a powerful impact on broader social events, sometimes in very unexpected ways. So it’s a bit of a thriller in that sense, and has some unexpected outcomes.”
Focussing on the rise and fall of the infamous whistle-blowing website and operation, Gibney investigates the story behind its leader, Julian Assange’s, various scandals and the man who made the world’s biggest information leak possible. His name was Bradley Manning.
“Well, as has been widely known, I didn’t get an interview with Julian; though the search for that or the attempt to get that is part of the story. I spent about a year on and off trying to. I met him a number of times, including one epic six-hour meeting where he tried to get intel for me and I tried to see if he would do an interview.
“I never succeeded, but I think that in the film there’s a lot of material, particularly material that’s very interesting that can’t ever be gotten again.” This material, shot by Mark Davis before Assange was in the public eye, will be new for most viewers. “That period is very interesting, and that will never come again. We’ll never see that person again. But that’s in the film in a way that I think is quite powerful.”
“I never had a chance to get [Bradley Manning], but what we had were these chats [he had online]. Over the course of making the film more of these chats came out and so we were able to create a character for Bradley Manning out of his own words. In a way it’s kind of like an interview, but it’s even better than an interview, it’s his own personal diary… So there’s a lot about this film that’s kind of a spy story.”
In true spy-thriller style, not everyone is who they seem, and informants and old friends come out of the woodwork to give their take on Assange and Manning. Gibney also adeptly explores the nature of whistle-blowing and the courage necessary for the act. With current events involving Ed Snowden taking place now, I asked Gibney if he felt that these topics will continue to renew themselves.
“I do,” he replied. ”I think this is a topic that’s going to get deeper and deeper and more and more people are going to think about it. But I think one of the interesting things about We Steal Secrets is that it’s not a kind of current events primer, it goes deeper than that. It really gets at the heart of really key characters and also how people change and are changed by circumstances around them. That, I think, is terribly important.“
Whether you have followed the Wikileaks story from day one or missed out on key events along the way, an interst in current events, the internet, and secret-keeping or -stealing makes this film one to watch.
“We wanted this film to be approachable by anyone,” said Gibney. “That’s why it’s set or it’s cast kind of in the style of a thriller, because it is a kind of international Bourne Identity in a way – with some unexpected twists.”
We Steal Secrets: The Story of Wikileaks is relesed in UK cinemas this Friday, 12 July. 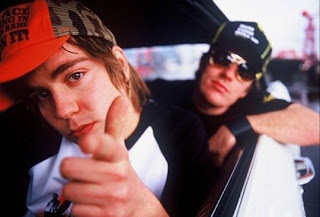