Beginning its sixth year, the Glasgow Film Festival is one fast-growing festival. Taking place over 10 days at 17 Glasgow venues, GFF10 aims to mirror the uniqueness of Glasgow’s cultural scene.

The rich and diverse programming incorporates 15 strands, including The Best of British, European Cinema, FrightFest, Stranger than Fiction, and The State of Independents. From contemporary Japanese cinema to newly restored classics, Glasgow Film Festival has it covered. They also host an annual retrospective to celebrate a famous Hollywood star. Previous years have celebrated Bette Davis and Audrey Hepburn. Cary Grant is the subject of this year’s retrospective, which will include screenings of films such as Bringing Up Baby, North By Northwest, and Notorious.

The festival incorporates premiers, special screenings, events, and a number of special guests. It also features some minor festivals, or “festivals within the festival”: the Youth Film Festival (which is already under way), the Short Film Festival, and the Music and Film Festival.  Special guests at Glasgow Film Festival will include the inimitable James Earl-Jones, fellow actors Emma Thompson and Joe Dempsie, and directors Jean-Pierre Jeunet (Amélie) and Kevin MacDonald (The Last King of Scotland).

I will be in attendance, bringing you as many film reviews and as much up to the minute news as humanly possible. If there is anything in particular you want to see covered, drop us a comment and I’ll see what I can do. If you’re joining the festivities, perhaps I’ll see you there (I’ll be the one sitting on the floor with a netbook and spilling coffee)!

For more information, visit the official website at http://glasgowfilm.org/

You will find all of my coverage of the film festival at http://www.obsessedwithfilm.com 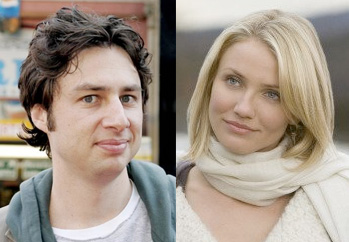