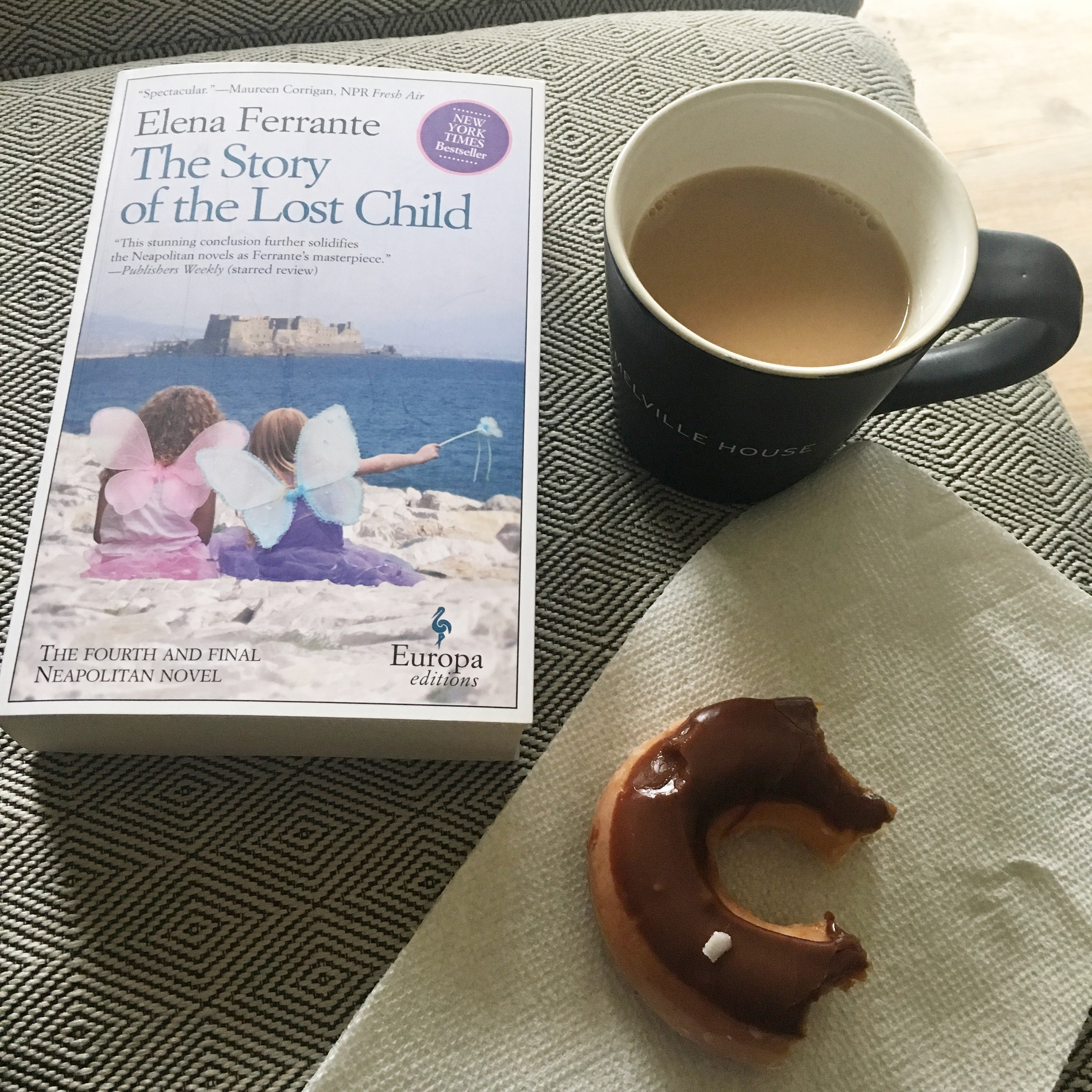 If you were to ask me when I’d last posted I wouldn’t have an answer. I was surprised to see that the date of my last letter came a week before Christmas. I barely remember what I was doing that week, other than preparing for a trip to Mexico. The past 4 months have been something of a blur.

In all honesty, I’d have thought it had been longer. The overwhelm has been real. I didn’t want to stop writing to you but every article seemed to be about states of societal disarray, and every distraction felt like another way to hide from what was going on. The Government is supposed to work quietly and effectively without daily interaction from its people. It is not supposed to take up most of your waking, thinking moments. Yet that’s the reality we’ve all been thrust into. I know there are worse places and situations and regimes to live beneath. But it’s been real.

In the meantime, I was working hard on my new job, on making new connections for my own business, reviving parts of my life while abandoning others. I genuinely thought I wouldn’t write this newsletter again, that I’d give up on blogs and YouTube videos into the bargain. Gradually, I’m coming back to them, and coming back to myself. I’m rediscovering the time that I’d been spending doing a whole lot of nothing: wondering, fretting, and moving matter around on the surface of the earth with no real goal in mind.

Evan and I found a beautiful house, an almost exact fit to our wishlist, with an A-frame and high ceilings, a covered patio, a lovely wee kitchen with granite counters, and even cute little window seats in our adjoining office rooms. I first applied for my visa in December 2016, and everything has felt temporary ever since. It’s been a long series of waits, purges, accumulations and changes; finding new routines and working out new routes; learning to drive instead of walk; working which yoga classes are worth attending and when, where and how to best conduct my daily business. I guess it isn’t surprising that I wasn’t finding an hour to sit at my laptop and reflect on it for the past 8 or 10 weeks. One can only evaluate so much.

I imagine the journey of settling in is far from over, but I have a firm roof overhead, some dependable income, a roadworthy car, support of my in-laws, and even a few promising new friendships beginning to blossom. It’s the most settled I’ve felt for a long while. So I have a little time and energy to write to you, now.

I hope you’re all doing ok too.

Fariha Roísín, What Makes a Border Be? in Hazlitt is one of the best articles I’ve read this year.

I’ve been reading the recent works of Sarah Manguso (more below) and was pleased to come across Kristen Martin’s call In Praise of the New Aphorism, No Longer Just For Great Men. It also references a great piece on aphorism from Manguso herself in Harpers, titled In Short.

I’ve been backing and following Laura Jones and Heather McDaid’s new venture, 404 Ink, with interest. The Skinny featured their upcoming book, Nasty Women, an anthology of essays that earned the backing of Margaret Atwood and 3x its Kickstarter funding goal.

How to End a Memoir Without Getting Married. Leigh Stein investigates a dark art.

Tom Gauld’s The Life-Changing Magic of Decluttering in a Post-Apocalyptic World made me giggle. 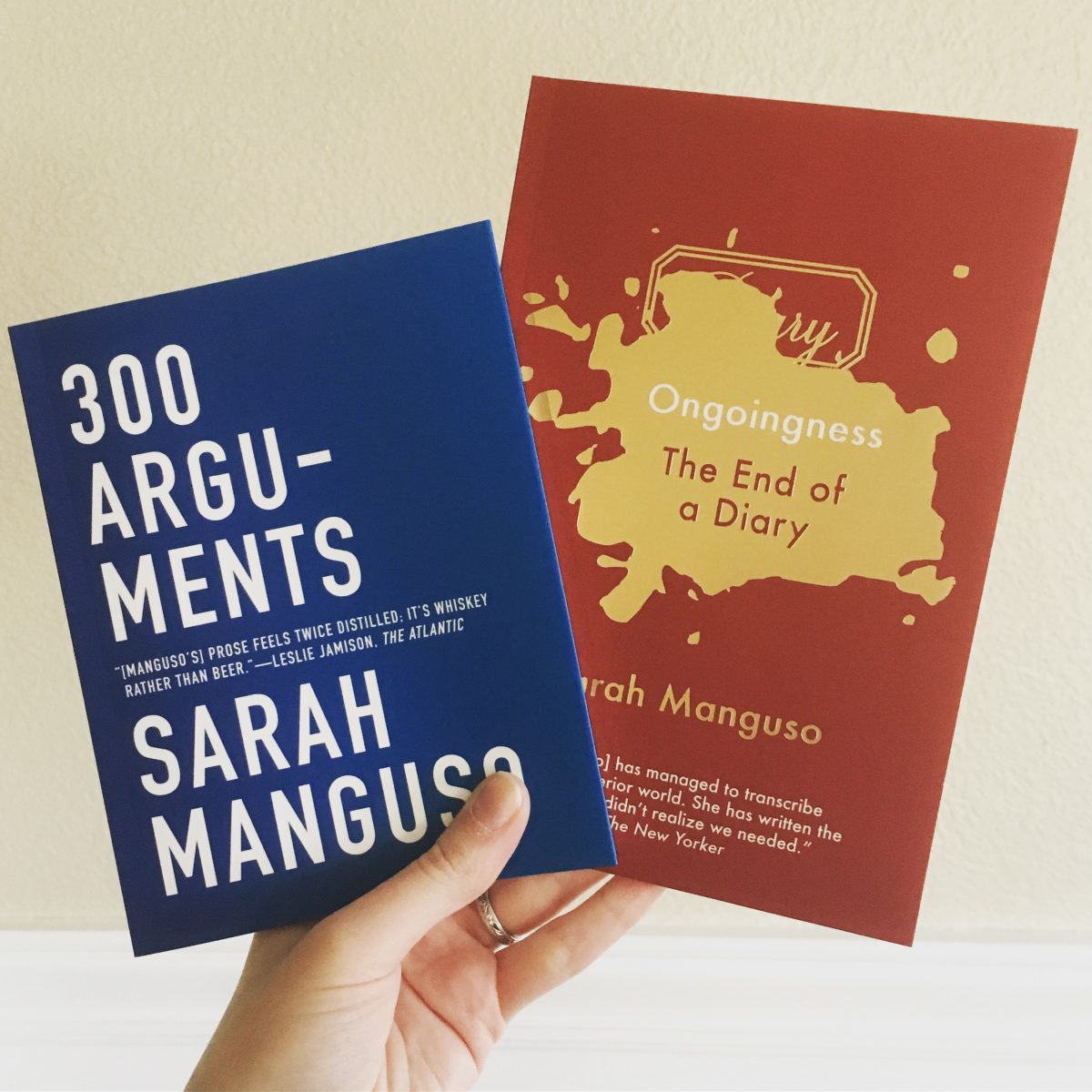 I finished the Neapolitan novels by Elena Ferrante at last / already! It seemed to go on a bit towards the end, but maybe it’s just because I read the final 3 over the course of a couple of months. I have some minor issues with it, but most of the time when I begin to criticise a point or technique I end up advocating for her use of it, so colour me impressed. It’s an expansive series, one that focuses intensely on some key points in time while sweeping over others. Sometimes, as the final book drew to a close, it felt like an extended denouement. But, miraculously, she manages to paint the characters and interactions of an entire town with the level of detail you’d find in epic fantasy, and combines that with the verisimilitude of a life in action. Every seemingly minor exchange or situation finds its way back to her in the end.

I’ve been hopping around from book-to-book since then. I’m forever picking up a non-fiction book, reading 20-50 pages, then putting it down for 2 weeks. Some highlights of the recent weeks include On Immunity by Eula Biss (her clarity of thought is extraordinary), Slow Days, Fast Company by Eve Babitz (so much more than the Hollywood bimbo writer her image projects), and the aforementioned 300 Arguments by Sarah Manguso, which I plan to re-read very soon.

Currently on the docket: the highly conflicting Why I Am Not a Feminist by Jessa Crispin (can we stop rush-printing books like this already? PLEASE?), Mark Fisher’s Capitalist Realism (I read 20 pages 2 weeks ago and kind of can’t bear to go back to it), and Nora Ephron’s Crazy Salad and Scribble Scribble on audiobook, which is funny and mostly soothing.