This year I’m making a concerted effort to track what I read and write capsule reviews close to the time of reading. I’ll be updating with a post like this one each month. (Click here for January reads.)

It was a slim month, partly because I was also launching my own book! World Film Locations: Glasgow is now available and the launch at Glasgow Film Festival was a blast. You can pick up a copy at The Book Depository | Amazon.

The Maze Runner by James Dashner
★★★★★ – One of the more exciting YA dystopias I’ve read. Great world-buidling, drops you into the action via a very curious lead character. For me the pacing was a little off and I got a bit fed up with every chapter ending on a cliff-hanger, so the high tension all the damn time thing ended up meaning that it took me longer to get through this. Misgivings aside, definitely one of the good ones. 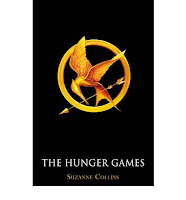 The Hunger Games (re-read) by Suzanne Collins
★★★★★ – If you hadn’t guessed by now,  I’ve been researching the whole YA dystopia genre in anticipation of a re-read of this little darling. I’m in the midst of a big project based around The Hunger Games – notably its fandom. This is the third time I’ve read The Hunger Games (book 1) and it’s as fresh and exciting as ever. Worth a read if you haven’t caught up with it yet.

Catching Fire (re-read) by Suzanne Collins
★★★★★ – Isn’t it strange when your memory of a book doesn’t match up with the reality? I remembered this as my favourite book in the series. On reflection, what I’d thought was a few chapters of homecoming was in fact almost half of the book. I’d revise my favourite to book 1 now, and the second half here isn’t as exciting when you know what’s coming, but still a fun read nonetheless.

Currently reading:
Mockingjay by Suzanne Collins
My least favourite in the series, but already different than I’d remembered.

The Cat’s Table by Michael Ondaatje
My book club pick for the month. 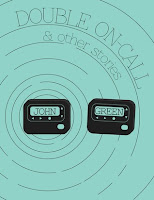