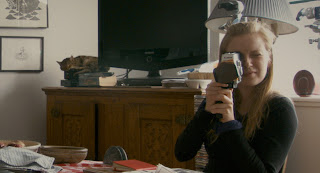 This week I reviewed some of the latest releases on The Culture Studio, BBC Radio Scotland, alongside Janice Forsyth and Eddie Harrison.

We reviewed The East, This is the End, Stories We Tell, and The Battle of the Sexes. 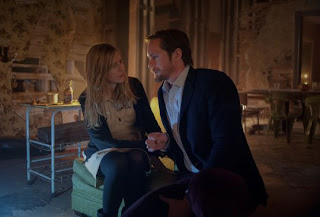 I caught up with Zal Batmanlij to discuss his new release, The East, during Edinburgh International Film Festival.“The film is about a conservative, religious young woman who works in a corporation as a private intelligence officer,” said Batmanglij. “She remakes herself as the exact opposite of who she is in order to infiltrate a group of eco-warriors who are attacking corporations using an eye-for-an-eye justice, giving big pharma and big oil and other corporations a proverbial and literal taste of their own medicine.”

Batmanglij worked with fast friend and star of Another Earth, Brit Marling, another Sundance Film Festival favourite. “It’s fun to work with Brit Marling because it’s fun to evolve with someone who has been your partner for a long time, and to see each other grow creatively,” he said.

But why is it called The East? “It’s called The East for many reasons. One is that Frank Baum, when he was writing The Wizard of Oz stories, made the wicked witch the Wicked Witch of the East because he thought Washington DC was screwing over Kansas, and Washington is east of Kansas.

“So I liked that as a metaphor, the idea of powerful, snobby, elite Washington and the whole east coast. I also liked how “The East” means “the other” – the Middle East, or the Far East. I thought it was interesting to have east coast kids who turn away from the west and face the other. They’re literally biting the hand that feeds them. It’s the anti-Gossip Girl.”

Otherness is a big theme in the film, with contrasts drawn between opponents. A few years ago, Batmanglij and Marling spent time “off-the-grid,” buying nothing and squatting with collectives in inner cities – personal experiences which feature in the film. “We felt that our generation was very frustrated, and the frustrations of our generation were seen very much in the corporate space and in the exact opposite space, which was the living off-the-grid space… We wanted to contrast the frustrations we had with the frustrations the corporate base had and so an infiltrator seemed a natural fit.”

Batmanglij’s mode of storytelling is also a natural fit with his activism. He hopes that telling the story through fiction will address important issues. “I think fiction is a great way to make you think. Not necessarily make you change, but make you think. Start asking questions. I always say this should be the film you should watch with someone you are sleeping with, so as you can wake up in the morning and start talking about it.”

“I hope it’ll spark discussions about the situation around the world, but also what’s going on here in Edinburgh. I’m sure that not far from here there’s fracking happening and all sorts of stuff. We live in a strange and interesting time – none of us are free from being responsible for what’s happening. We’re all responsible, and I think the only way to start taking accountability, both societally and environmentally, is to start talking about these issues and asking these questions. So I hope that this will spark discussion amongst the people of Edinburgh.”

The East is now on general release in the UK.