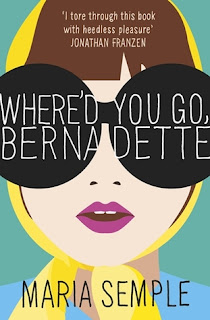 When 15 year-old Bee’s mother, Bernadette, goes missing, she begins a project to work out where she went.

This book is a collection of correspondence between Bernadette and her Indian virtual assistant, Manjuela; bitchy neighbours Soon-Li and Audrey; father x and his secretary. Semple skilfully unravels each note, slowly unveiling a cast of characters with unique voices and surprising range for growth. Filled with the hilarious, the loveable, and the loathsome this supporting cast become integral to the story interweaved with Bernadettes exceptional rants.

Subtle developments are enough to keep you guessing as the cast of characters keeps you entertained. This book is not without its flaws: sometimes the boundaries of letters are pushed towards narrative convenience and effect but, for the most part, this can still be overlooked. Sticky situations are also avoided by skipping past some difficulties that the intricate plot reveals, leaving a couple of plot points at loose ends.

Despite these faults, this is a story with a huge heart, often as sweet as it is funny. Exemplary character development and skilfully overblown dramatic turns make this a hugely entertaining read. I highly recommend it.

Buy Where’d You Go, Bernadette from The Book Depository.

Have you read this book? What was your take?