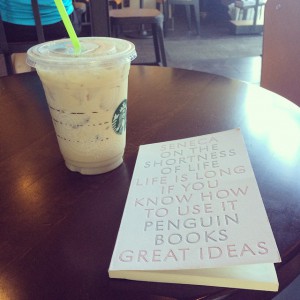 Happy Friday! Again. Where does the time go?

This week I’ve been mostly reading books (including The Braindead Megaphone by George Saunders and Friendship by Emily Gould) and enjoying the last of the sunshine I’ll get this year.

Here are some other interesting reads I found around the internet.

It’s still Blog Every Day August, but I took it easy this week and published 2 new posts: The ALS Ice Bucket Challenge & Letters of Note.

On my business blog, I blogged about Keeping it Relevant on Social Media.

One of my favourite podcasts, You Must Remember This, is now part of a new podcast network called Infinite Guest – with many more to discover.

Guess what? Millennials are reading ‘traditional’ magazine publishers, too. No kiddin’!

OMFG it’s the PSL! The pumpkin spice latte is back, and this article about it was surprisingly interesting.

Want to start something online, but feel like you missed your chance? You are not late. Not even close.

Everybody Smiley Poops. Including me. For the ’emoji social network’ she mentions (which is probably satire) I picked smiley poop, shooting star, smiley poop.

On The Science of Us: What All This Bad News Is Doing to Us?

Ferguson has been in the news a lot these past couple of weeks. Reniqua Allen writes, It’s time to admit that America will never really include black America.

Film journalist Matt Zoller Seitz also takes on the issue, and his formative experience in white privilege in his piece Different Rules Apply. 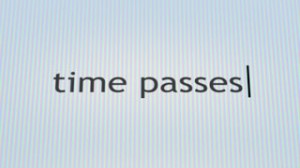 The ALS Ice Bucket Challenge has gone from awareness-raising campaign to a social phenomenon in a matter of days.

I was nominated by my friend Rosie. I’m currently in California, where the state is facing the most severe drought on record, so I’m electing not to waste the water.

But I have an alternate challenge that I will nominate you all to engage in: learning about some of the people who have lived with, and campaigned about, ALS/MND without the aid of a bucket of ice.

These viral campaigns are great for short-term awareness raising purposes, but are you engaging in the issue for longer than a 5-second bucket-dump?

ALS (aka Lou Gehrig’s disease) is known as MND (Motor Neurone Disease) in the UK. According to Wikipedia:

It is characterised by muscle spasticity, rapidly progressive weakness due to muscle atrophy, and difficulty in speaking (dysarthria), swallowing (dysphagia), and breathing (dyspnea). ALS is the most common of the five motor neurone diseases.

Here are a couple of film recommendations which will teach you more about the disease.

Stephen Hawking is the most famous person with MND, and has survived a remarkably and unusually long time with the disease.

The documentary about his life, Hawking (2013), is written and narrated by Hawking himself. The film also goes some way to describe and explain his journey with the disease.

Another fantastic film that explores a man’s life with the illness is I Am Breathing (2013) – a Scottish feature which follows Neil Platt, a 30 year-old father who fought with determination to raise awareness of the disease.

As the filmmakers outline on the I Am Breathing website:

The cause of the disease is unknown and there is no known cure. Around 5,000 people in the UK have MND at any one time, with half of people with the disease dying within 14 months of diagnosis. It kills five people every day in the UK.

Neil Platt’s widow, Louise Oswald, and the Scottish Documentary Institute team have also accepted the challenge. Click here to watch their videos and to learn more.

I have made a donation of £10 to MND Association via the I Am Breathing documentary campaign. Click here to donate.